May 1888: Tesla Files His Patents for the Electric Motor

Electrical devices advanced by leaps and bounds in the 1880s, which saw the first commercial generation in centralized power plants, the first durable lightbulbs, the first transformers, and the first (limited) urban grids. But for most of the decade, advances in electric motors lagged behind.

Rudimentary DC motors date back to the 1830s, when Thomas Davenportof Vermont used his direct-current motors to drill iron and steel and to machine hardwood, and Moritz von Jacobi of St. Petersburg used his motors to power small paddle wheels on the Neva. But those battery-powered devices couldn’t compete with steam power. More than a quarter century passed before Thomas Edison finally commercialized a stencil-making electric pen, to duplicate office documents; it, too, was powered by a DC motor. As commercial electricity generation began to spread after 1882, electric motors became common, and by 1887 U.S. manufacturers were selling about 10,000 units a year, some of them operating the first electric elevators. All of them, however, ran on DC.

It fell to Edison’s former employee, the Serbian-born Nikola Tesla, to set up a company of his own to develop a motor that could run on alternating current. The goals were economy, durability, ease of operation, and safety. But Tesla was not the first to go public: In March 1888, the Italian engineer Galileo Ferraris gave a lecture on AC motors to the Royal Academy of Science, in Turin, and published his findings a month later. This was a month before Tesla’s corresponding lecture at the American Institute of Electrical Engineers, one of IEEE’s predecessor societies. However, it was Tesla, helped with generous financing from U.S. investors, who designed not only the AC induction motors but also the requisite AC transformers and distribution system. The two basic patents for his polyphase motor were granted 130 years ago. He filed some three dozen more by 1891.

In a polyphase motor, each electromagnetic pole in the stator—the stationary housing—has multiple windings, each of which carries alternating current that’s out of phase with current in the other windings. The differing phases induce a current flow that turns the rotor.

Today, some 12 billion small, nonindustrial motors are sold every year, including some 2 billion tiny (as small as 4 millimeters in diameter) DC devices used for cellphone vibration alerts, whose power requirements come to only a small fraction of a watt. At the other end of the spectrum are 6.5- to 12.2-megawatt motors powering French rapid trains (TGV), while the largest stationary motors used for compressors, fans, and conveyors have capacities exceeding 60 MW. This combination of ubiquity and power range makes it clear that electric motors are truly indispensable energizers of modern civilization. 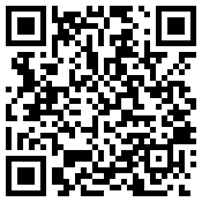